The people of Mesopotamia are credited with developing the first roads dating back to 4000 B.C.E. These roads were built for trading routes, and for easy access to different locations in their cities. All roads were made of stone and were located in major cities. 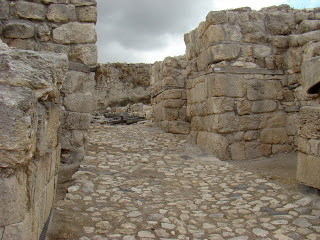 Stone-Paved road connecting Mesopotamia and Egypt.
The Chinese also built roads one of the largest was the silk road. A massive road that connected East and west Asia it was the main source of trade for the Chinese and it was made of large slate rock during the Qin dynasty. 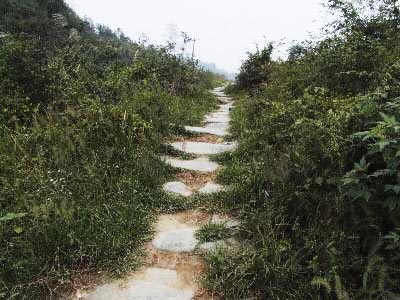 Known as the roads of Mules and Horses(Hove prints can still be seen) used as an ancient trade route.
The first evidence of road development in the Indian subcontinent can be traced back to approximately 4000 BC from the ancient cities of Harrapa and Mohenjo-daro of the Indus Valley Civilization. Ruling emperors and monarchs of ancient India had constructed numerous brick roads in the cities that were used to connect major cities to each other and establish trading routes, One being the Silk Road that was linked to China. 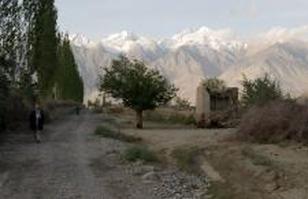